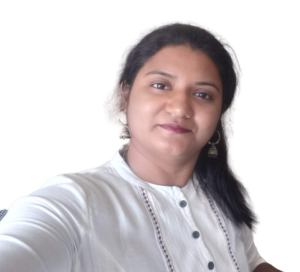 The International Journal of Dental Clinics is reader supported. We may earn a commission if you purchase something using one of our links.

Gingivitis vs periodontitis – what are the similarities, what are the differences, and what is the connection between the two?

In this article, we’ll go over everything you need to know about both gingivitis and periodontitis, including how to prevent and treat these nasty gum diseases. Without futher ado, let’s get started.

Gum disease is an incredibly common oral health problem. In fact, most adults will experience it at least once in their lifetimes.

A great number of different factors can contribute to or cause gum disease, including genetic factors, poor tooth alignment, and pregnancy. Having said that, the most common cause of gum disease, by far, is insufficient dental hygiene.

Gingival disease begins to develop when harmful bacteria is able to slip beneath the gum line, where it causes inflammation, redness and irritation. Once the bacteria has gotten stuck below the gum line, it will trigger the bodys’ chronic inflammatory response, causing swollen gums, which may be sensitive and prone to bleeding. Bad breath is another common indicator of gum inflammation.

This intial stage of gum disease is what’s called gingivitis, and it is relatively easy to treat and reverse. The true danger begins when gingivitis is not identified and treated before it can escalate and become periodontitis.

If left untreated, gingivitis develops into periodontitis, typically within a week or two. This is why it is so important to seek treatment as soon as you suspect that you may have gingivitis.

Periodontal disease describes the advanced stage of gum disease where the infection spreads beyond the gums to the rest of the mouth, including the jaw bone and other facial bones. This leads to great number of unpleasant consequences, including loose gum pockets, receding gums, bone loss and tooth loss.

If the infection still remains unterated at this stage, periodontitis develops into life-threatening infection that can affect the vital organs, including the hear and liver. In the worst case scenario, periodontal disease can cause death.

When gum disease is identified and treated early on, it is usually rather easy to reverse, and often without any surgical intervention.

The standard treatment for gingivitis is a form of professional dental cleaning called scaling and root planing which removes the sticky film of plaque and bacteria from your teeth and gums. This is usually combined with a doubling down on your own oral hygine habits, and sometimes your dentist will prescribe antibiotics to help beat down the infection.

If your gum disease is not treated in the early stages, the treatment needed may be much more intense. In these cases, scaling and root planing as well as a course of antibiotics is just the beginning.

Depending on how much of your gums and jaw bone have eroded, you my need a surgical intervention, such as a gum graft or a bone graft procedure. Other restorative surgeries such as crown lengthening or dental implants may required.

How to prevent gingivitis and periodontitis

Your daily oral hygiene routine is your best weapon against gum disease.

If you want to maintain healthy gum tissue and gtreat oral health overall, tending to your oral hygiene every day is essential. The American Dental Association recommends brushing twice a day for at least two minutes each time, and flossing twice a day. It is also recommended that you use fluoridated toothpaste to help with enamel retention.

Shockingly, many adults still don’t know the correct order in which to brush, floss and use mouthwash. If you want to learn more about the optimal oral hygiene routine, read our article about flossing and brushing right here.

In addition to doing what you can to keep your mouth healthy, you should also see your dentist regularly for check-ups. Even if you pay great attention to your teeth, you may still overlook the early sign of gum disease or other oral health problems.

It is also a good idea to get regular professional dental deep cleanings, preferably four times a year.

When to see a dentist

You should see a dental professional as soon as you notice the first indicators of gum disease developing. These include swollen, red and inflamed gums, and sometimes gums that bleed when you brush your teeth.

To learn more about what to do if your gums bleed easily, read our article on the topic right here.

How can you tell the difference between gingivitis and periodontitis?

The clearest signs that you are dealing with periodontal disease rather than just gingivitis is that your gums are not only inflamed, but also loose, which may result in loose teeth and even tooth loss.

What is worse, periodontitis or gingivitis?

Periodontitis is much worse than gingivitis. In fact, periodontititis is gingivitis that has been left untreated for long enough to develop into the worst form of gum disease.

Whether you have periodontitis or gingivitis, your best course of action is to seek treatment as soon as possible to prevent severe consequences including receding gums, tooth loss, and even cardiovascular disease.

What are the 2 key differences between gingivitis and periodontitis?

There are several differences between gingivitis and periodontitis. Two of the most important differences are that, whereas gingivitis is indicated by irritated and sometimes bleeding gums, periodontal disease results in receding gums and even bone erosion, and eventually tooth loss.

How long before gingivitis turns into periodontitis?

How quickly gingivitis progresses to periodontal disease is largely dependent on your level of oral hygiene.

Sometimes gingivitis can turn into periodontitis in as little as five days. Usually, however, it takes slightly longer than that – two or three weeks is the standard range.

It is impossible to overstate the importance of practicing good oral hygiene. Even if it is tempting to sometimes skip the daily toothbrushing or flossing, it is never worth it in the long run.

Gum disease is a common oral health condition, and one that can quickly escalate from bad to worse. If you notice the beginning signs of gingivitis, it is important to both double down on your oral hygiene habits, and seek treatment before it can progress to the more advancted stage of gum disease called periodontitis.

With more than 10 years as a dental surgeon, Dr Febin Mary George is passionate about educating consumers around the world to help look after their teeth.

She completed her Bachelor of Surgery at the Century Institute of Dental Science and Research Centre in 2010.

Alongside editing the International Journal of Dental Clinics she has also written for major publications including Thrive Global.

Searching for veneers cost California? If so, you’ve come to the right place. A dental veneer is a customized thin tooth-colored layer placed over the

How to Remove Tartar from Teeth Without Dentist

Wondering how to remove tartar from teeth without dentist? Tartar buildup is the leading cause of gum disease and tooth enamel erosion, so being able

How to Remove Tartar from Teeth Without Dentist

What Is A Periodontist And What Do They Do?

Have You Got A Loose Tooth? You Need to Read This

How Much Does a Crown Cost?

How to Tighten A Loose Tooth At Home

Why Do My Gums Bleed When I Brush My Teeth?

Do You Have A Gum Boil? This Is What It Means And What to Do About It

Is Lemon Water Bad for Your Teeth?

We use cookies on our website to give you the most relevant experience by remembering your preferences and repeat visits. By clicking “Accept All”, you consent to the use of ALL the cookies. However, you may visit "Cookie Settings" to provide a controlled consent.
Cookie SettingsAccept All
Manage consent

This website uses cookies to improve your experience while you navigate through the website. Out of these, the cookies that are categorized as necessary are stored on your browser as they are essential for the working of basic functionalities of the website. We also use third-party cookies that help us analyze and understand how you use this website. These cookies will be stored in your browser only with your consent. You also have the option to opt-out of these cookies. But opting out of some of these cookies may affect your browsing experience.
Necessary Always Enabled
Necessary cookies are absolutely essential for the website to function properly. This category only includes cookies that ensures basic functionalities and security features of the website. These cookies do not store any personal information.
Non-necessary
Any cookies that may not be particularly necessary for the website to function and is used specifically to collect user personal data via analytics, ads, other embedded contents are termed as non-necessary cookies. It is mandatory to procure user consent prior to running these cookies on your website.
SAVE & ACCEPT